Do you have enough hits to sound different to AC? 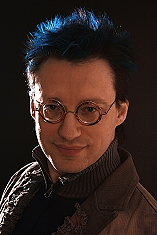 CHR plays more Current Hits (= past 12 months) than other formats: sometimes up to 80%. The main problem: In 2009 many CHR hits (age 15+) can be heard parallel on your AC competitor (age 30+). And unfortunately no PD really knows today, how CHR might musically shift next year. Most hits for 2010 are not composed yet!

Make sure you keep your identity: it’s not a problem to hear the same song on several formats: what makes the true difference is what you will NOT play after such a “cross-format” song. The “perfect music mix” and innovative Sound Imaging makes all the difference, even if you have to play the same hits being played all over!

– Check how many CHR hits you also SHARE with AC formats in your market: you   might be shocked how many songs you already share!
– Package these “cross-format” songs uniquely for your younger target!-.) Don’t worry about each song you share with AC: but check each 20-min.-sweep and ask yourself: is this “my format” I want to be?
– Avoid “4 songs in-a-row” your AC-competitor plays as well: even if each of the songs tests great with CHR, “sloppy music scheduling” easily kills your own format image!

Mario Colantonio (41), located in Berlin, working in radio for the past 22 years: